Letter From The President – Volume 4

Posted on July 2, 2015 Categories: President's Message No comments yet

During my post-doctoral training at the U.S. EPA Environmental Research Laboratory in Gulf Breeze, Florida (1988 – 1990), my colleagues and I discovered a microbe with the ability to utilize high-molecular-weight polycyclic aromatic hydrocarbons as sole sources of carbon and energy for growth.  Together with the U.S. EPA we obtained several patents on that core technology (US Patents 5,132,224; 5,242,825; 5,614,410; 5,910,245) and, in so doing, I had the distinct fortune to work with Mr. Roman Saliwanchik (1926-1999) who was the first attorney to successfully argue at the appellate level for the patentability of living microorganisms (View PDF).  In other words – he patented the first microbe.

In his book “Protecting Biotechnology Inventions: A Guide for Scientists” (Brock Springer, 1988) Mr. Saliwanchik teaches of the advantages and disadvantages associated with legal preservation of intellectual property rights. Of the advantages that I often recall, one main point was that a patent affords an individual the right to utilize their own invention.  In addition, a patent gives one the right to stop others from copying, manufacturing, selling or importing your invention without your permission.

There were also memorable disadvantages associated with obtaining a patent, including time and cost. But a main lesson was to be prepared to defend the patent against infringers. If you are not willing to police and protect your patent, then do not invest the requisite resources.

We recently issued an Industry Awareness (http://www.provectusenvironmental.com/blog/) piece on Provectus’ decision to honor valid US Patents describing the combined use of an organic hydrogen donor (e.g., fermentable carbon source) plus a zero valent metal (e.g., zero-valent iron, or ZVI) for the treatment of halogenated organic compounds in soil and groundwater as specifically defined in US Patent 7,531,709 (click here for download). Claim 1 of the ‘709 Patent reads: “A method for accelerated anaerobic dechlorination of subsoil matter, comprising steps of: supplying a mixture including a zero valent metal into soil pathways to biologically react with the dissolved chlorinated solvents in the groundwater; and supplying an organic hydrogen donor into the soil pathways to produce dechlorinating conditions such that indigenous anaerobic bacteria biodegrade residual concentrations of chlorinated solvents.”

Claim 3 of the 709 patent describes “The method of claim 1 wherein the steps of supplying said mixture and said organic hydrogen donor are carried out by placing an injection rod into the soil and then injecting them under pressure through an injection rod (emphasis added).

What a “windstorm” that created.  Responses ranged from:

So – to expand and clarify.  Why respect other peoples’ valid patent rights? First, because it’s the law.  At the risk of overdoing it here, some very insightful people set this stage many years ago:

“Justice is the insurance which we have on our lives and property. Obedience is the premium which we pay for it” (William Penn, 1644-1718)

Second, remember that a main attribute of a patent is to allow the individual the right to utilize their own invention and, by so doing, try to recoup the investment made into technology development and its commercialization.  These are very real costs, and without the possibility to earn return on those investments the engines of creativity and capitalism would stall, to everyone’s misfortune (e.g., need a new antibiotic?  It is not forthcoming).

Third, it is inherently unfair to formal licensees such as Provectus – who respect patent law and thus obtained a license for a fee – to be at a cost disadvantage to those who disrespect and misappropriate patented technology.

When someone is infringing a valid patent, a first step is typically a carefully worded letter to the potential offender to rectify the problem. Where that fails, mediation or another type of dispute resolution to negotiate with the infringer should settle the matter.  One can also obtain impartial opinion on issues concerning validity or infringement of patents. These steps often allow both sides to present their respective opinions and they often result in mutually beneficial arrangements.

Resolving disputes through litigation should be a last resort. Unfortunately, that seems to be a preferred course of action by larger firms trying to disrupt and distract their smaller competitors. Consolation can be found in the words of Mark Twain: 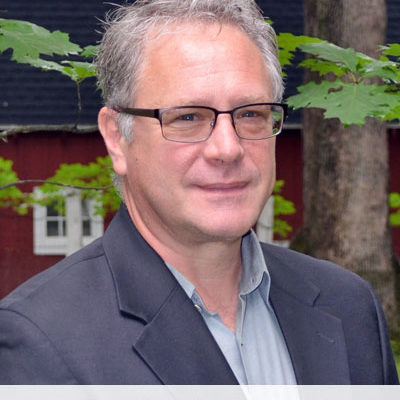 Letter From The President – An Appreciation for Professional Skepticism

Letter From The President – Volume 5

Letter From The President – Volume 3