Posted on October 18, 2016 Categories: Abstract No comments yet

At some sites, excessive production of methane has been observed following the addition of organic hydrogen donors such as (emulsified) oils, lecithin, sugars and conventional ISCR reagents. This is because methanogens are commonly the most ubiquitous indigenous microbes in anoxic aquifer settings. And given that methanogens replicate in 1 to 2 hours (whereas Dehalococcoides spp. for example double in 24 to 48 hours), they often bloom and dominate following the addition of organic hydrogen donors, thereby liberating large amounts of methane gas. There are at least three important consequences of this response:

Five case studies will be reviewed where methane production was problematic:

It is clearly important to prevent excessive methanogenesis during a successful remedial action. From a regulatory perspective, public safety issues are paramount; from a property re-use or real estate (Brownfield) developers’ perspective, project delays are costly and can jeopardize an entire program. The use of Provect-IR™ antimethanogenic ISCR reagent uniquely combines multiple sources of nutrient-rich, engineered-release, hydrophilic carbon + ZVI + other reagents along with a source of natural statins as inhibitors of protein biosynthesis and activity of enzyme systems unique to Archaea (i.e., methanogens). Modifications of the reagent can be also be used as a supplement to conventional ERD amendments. Data from laboratory and field studies will be presented to demonstrate rapid contaminant removal coupled with controlled methanogenesis for safer, more efficacious treatment. 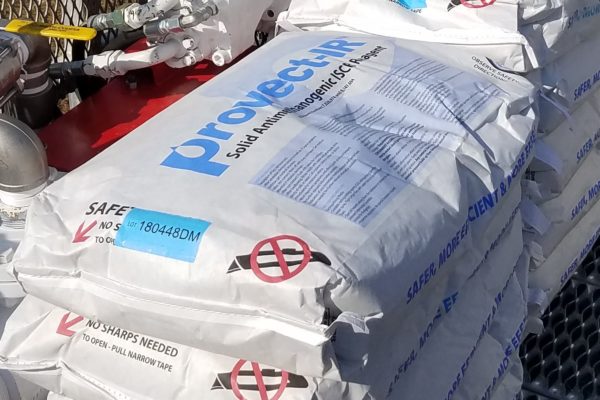