Posted on April 23, 2015 Categories: Methane Zone No comments yet

Article 1 – Look for Yourself!

RECENTLY, PEROXYCHEM, LLC RELEASED A “TECHNICAL BULLETIN” WHICH CONCLUDED, IN PART, THAT:

“Routine field applications of EHC® have not resulted in excessive methane accumulation. Occasionally, higher methane concentrations have been observed at sites with more permeable lithologies where EHC was applied at higher loading rates (e.g., above 0.25% EHC by soil mass) at shallower depths (e.g., 10 to 15 ft bgs). Four field examples showing methane gas measurements of zero to 6.5 mg/m3 are summarized.”

This conclusion was based, in part, on data presented from field applications of EHC® – a conventional ISCR reagent – at two sites in the NW USA. Interestingly, below are some data from an EHC project at another site (industrial site with chlorinated solvents) in the NW USA where the amendment was applied at depth (ca. 40 to 120 ft bgs) at a loading rate <0.25%. Subsequent performance monitoring data showed effective and successful contaminant removal, but this was coupled with significant production of methane in groundwater (Figure 1) where the concentrations were in excess of the solubility threshold and off-gassing in samples was occasionally observed. Methane production peaked at >800 mg/L about 6 months post EHC additions and it remained elevated for approximately 10 to 12 months.

“The ZVI component of EHC has a known ability to store hydrogen gas in the lattice structure, thus mediating the buildup of high levels of hydrogen gas which may stimulate excessive methanogenesis.”

“The high iron content of EHC (i.e. 40% ZVI w/w), results in the formation of a range of ferric minerals which serve as electron acceptors for iron reducing bacteria which compete with methanogens for available electron donors, thereby suppressing methane formation.”

IN RESPONSE TO THESE CONCEPTS, WE FIND THE RECENT ARTICLE BELOW TO BE QUITE INTERESTING: There are clear benefits to the presence of ZVI in an ISCR reagent (Brown et al., 2009; Dolfing et al, 2008) and Provect-IR™ and Provect-IRM™ have always contained ZVI as a key ingredient. However, these particular, antimethanogenic ISCR reagents are truly different in that they uniquely incorporate active control of methanogenesis to provide safer, more effective remedial actions.

In summary – look for yourself! When the remedial amendments are effectively applied, ISCR often yields effective, sustained removal of contaminants under a wide range of conditions. However, excessive methanogenesis may occur, most likely concentrated in the areas that were treated directly (Figure 2). When controlled, the main benefit for most remedial applications is improved efficiency e.g., better “gas mileage” = requires less amendment and less cost associated with its field application (Mueller et al., 2014).

For our own reasons, some of us will embrace more readily than others valid technology advancements. In the end, effective scientists and practitioners will employ the technologies that they feel best serve their clients. More discussion on the topic in general can be found here: http://www.provectusenvironmental.com/about-us/presidents-message/.

WE FOUND THIS TO BE A VERY INTERESTING ARTICLE:

A hotspot of total column methane anomalies centered over the Four Corners region from 2003 to 2009 was identified when a satellite-based methane-measuring instrument was operational. In April 2015, NASA scientists will conduct a study focused on verifying the methane hotspot and determining the cause of the exceptionally elevated methane concentrations.

Hopefully no one reading this applied a conventional ERD or ISCR amendment near Farmington, New Mexico. 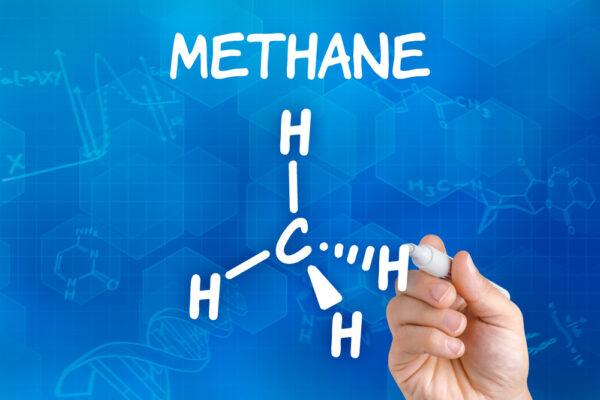